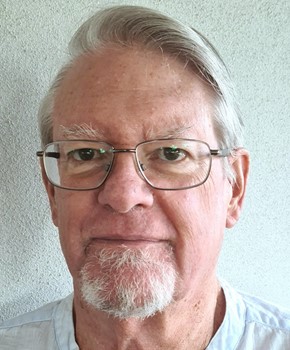 Geoff is the Principal of Materials Sampling & Consulting Pty Ltd. in Brisbane Australia.  He has carried out consultancies in particulate sampling for over 38 years for clients in Australia and overseas.

He has worked in the areas of precious metals (Au and PGMs), diamonds, coal, iron ore, sulphides and spent auto catalysts and grain and meat.  Major work included Anglo Platinum working on sampling and metallurgical accounting and QAQC and the design and commercial supply of sampling equipment through his own commercial ventures.  He has worked with the Canadian Grain Commission on the sampling of grain for mycotoxins and other types of contamination.  The most recent work has been the creation of a new textbook on sampling which has a coherent mathematical basis for all aspects of sampling theory.  The theory has been critical in clarifying the issues of sampling for gold, providing full sampling probability distributions rather than just the sampling variance.  The full sampling distribution can now be calculated for any well-defined sampling problem.