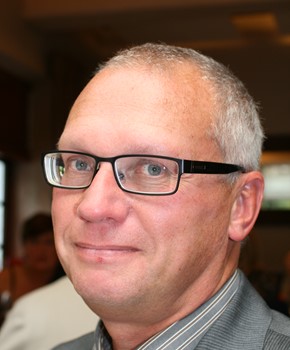 Gerrit van Hooydonck is the manager of the sampling specialist team at Umicore Precious Metal Refining in Hoboken (Belgium).

Since 1984 his professional career has been focused on sampling, especially precious metals.

He took his Master in Chemistry in 1983 after studying industrial chemistry at the Antwerp high school. In 1984 he started as a sampling trainee at Metallurgi Hoboken Overpelt. He worked as inspector of the precious metal sampling operations at KH Francis from 1985 to 1990, at Nieberding & Fils from 1990 to 1995 and at SGS Belgium from 1995 to 2008. Since 2008 he has joined Umicore Precious Metal Refining's sampling team in Hoboken as coordinator. Since 2010 he is manager of that team and works as sampling specialist.