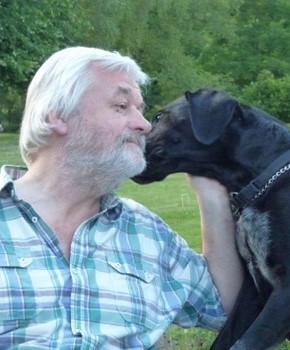 Kim H. Esbensen, a geologist/geochemist/data analyst of training, has been working 20+ years in the forefront of chemometrics, but since 2000 he has devoted most of his scientific R&D and educational outreach to the theme of representative sampling.

From 2015 he gradually phased out a 30+ year academic career for a new quest as an independent consultant from 2016: www.kheconsult.com but as he could not terminate his love for teaching, he continues as an international visiting, guest and affiliate professor at several universities.

He is a member of six scientific societies, has published over 250 peer-reviewed papers and is the author of a widely used textbook in Multivariate Data Analysis (33,000 copies), published in its 6.th edition in 2018. He was chairman of the taskforce behind the world’s first, and only, horizontal (matrix independent) sampling standard (2013) http://webshop.ds.dk/product/M278012/ds-30772013.aspx. He is editor of the science magazine TOS forum and writes the regular SAMPLING column in the open access magazine Spectroscopy Europe/Spectroscopy Asia http://www.impublications.com/tos-forum He will launch the new compendium: ”Get your sampling right – an introduction to representative sampling” at WCSB9, Beijing.

Esbensen is fond of the right breed of friends (and dogs), swinging jazz, fine cuisine, contemporary art and classical music. His has been collecting science fiction novels for more decades than what he is comfortable contemplating, still, as ever - it’s all in the future ...