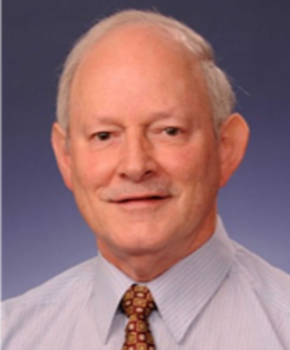 Dr Ralph Holmes obtained BSc and PhD degrees in Physics from the University of Melbourne in 1967 and 1972 respectively, and joined CSIRO in November 1971 to work on the application of nuclear techniques to the on-line analysis of iron ore.

Subsequently he also worked on other mineral commodities, including bauxite and coal.

This precipitated a major interest in the sampling of mineral commodities because of the need to calibrate on-line analysers against accurate conventional analyses, and subsequently his involvement over many decades in the development of international and national standards for sampling coal, iron ore, bauxite and copper, lead, zinc and nickel ores, concentrates and smelter products.

He is currently Chair of the International Standards Organisation (ISO) subcommittees ISO/TC 102/SC 1 and ISO/TC 27/SC 4, which are developing international standards for sampling iron ores and solid mineral fuels (coal and coke) respectively, and Convener of ISO/TC 183/WG 9, which is developing international standards for sampling copper, lead, zinc and nickel ores, concentrates and smelter residues. He is also the Convener of several Working Groups under both ISO/TC 102/SC 1 and ISO/TC 27/SC 4.  Over the last 30 years Ralph has also been heavily involved in mineral processing research and managed CSIRO’s Iron Ore Processing research for more than 20 years. He is currently a Chief Research Scientist in CSIRO Mineral Resources and is recognised throughout the Australian and overseas iron ore industries as an expert in iron ore processing and sampling.

Ralph received a Clunies Ross National Science and Technology Award in 1998 and an inaugural Standards Award from Standards Australia in 1993 for his outstanding contributions to the development of mineral sampling standards. Ralph also received the inaugural Australasian Institute of Mining & Metallurgy (AusIMM) Mineral Industry Operating Technique Award in 1987 for developing “Ironscan” for the on-line analysis of iron ore on conveyor belts and more recently a Pierre Gy Gold Medal in Bordeaux, France, in June 2015 for “Excellence in Teaching and Application of the Theory of Sampling”.  In addition, he received a CSIRO “Lifetime Achievement Award” in October 2015 for “sustained and meritorious achievements over a CSIRO career spanning more than 43 years in the field of mineral processing and international standards development both as a research manager and practitioner benefitting both CSIRO and Australia”.

Ralph is a Fellow of the AusIMM (Chartered Professional – Metallurgy), a Fellow of the Australian Institute of Physics and a member of the International Mineral Processing Council (IMPC).  He has also been very active in organising technical conferences with the AusIMM and has chaired six international iron ore conferences (Iron Ore 2002, Iron Ore 2005, Iron Ore 2007, Iron Ore 2009, Iron Ore 2011, Iron Ore 2013 and Iron Ore 2015) in Perth and Fremantle, the Second World Conference on Sampling and Blending on the Sunshine Coast in 2005, Sampling 2008, Sampling 2010, Sampling 2012 and Sampling 2014 in Perth, as well as IMPC 2010 (International Mineral Processing Congress) which was held in Brisbane in September 2010.  IMPC 2010 was a landmark international event in the history of IMPC as it celebrated its Silver Jubilee.  More recently Ralph chaired the Eighth World Conference on Sampling and Blending held in Perth on 9-11 May 2017 and Iron Ore 2017 held in Perth on 24-26 July 2017, and played a key role in establishing the International Pierre Gy Sampling Association of which he is the inaugural Chair.